The Problem Policing in Newark is Broken

The Newark Police Department (NPD) is in urgent need of reform.

After decades of struggles with police misconduct and an absence of accountability, community members and police often do not trust or respect each other.

The U.S. Department of Justice (DOJ) investigated the NPD and found widespread civil and human rights violations in the department’s police practices, including:

Learn more about the challenges facing policing in Newark.

Today is a new day in Newark. The time for reform is now.

We are at a critical moment in Newark’s history and American history: it’s time to dig in and build a respectful, accountable, and transparent NPD.

N-CAP believes fixing policing in Newark to make us safer and to protect civil rights must begin with accomplishing three main goals:

In July 2014, the DOJ announced the findings of a three-year investigation into the practices of the NPD. These findings supported what Newarkers across many generations already knew: the NPD badly needs reform.

In response to the DOJ investigation, the DOJ and Newark announced plans to enter into a formal consent decree requiring widespread changes to NPD policing that will be overseen by a federal monitor.

As long as communities have a seat at the reform table, N-CAP is confident that federal oversight will help ensure a stronger and safer Newark where everybody’s rights are protected.

Learn more about federal oversight of the NPD. 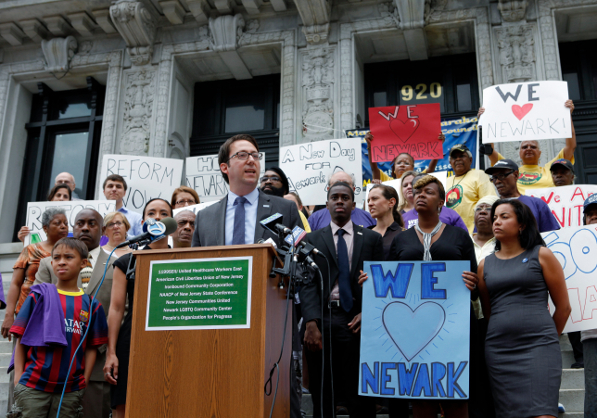