Nearly 50 years after Newarkers first called for federal oversight of the NPD, the U.S. Department of Justice (DOJ) launched a civil rights investigation of the department in 2011.

In July 2014, the DOJ published its findings after a three-year investigation, which included:

The DOJ and the City of Newark announced in July 2014 that they would be entering into a consent decree requiring widespread changes to policing practices in Newark. The consent decree will be enforced by a federal court judge and will be overseen by a team of federal monitors agreed to by the DOJ and Newark.

Demanding a Seat at the Table for Newark Communities

Since the DOJ published its findings, N-CAP has been pushing for community involvement in the selection of a federal monitor to oversee reforms to the NPD.

In March 2015, N-CAP sent a letter (PDF) to the U.S. Attorney’s Office and Civil Rights Division of the DOJ urging greater transparency and a role for community members in the monitor selection process. Read N-CAP’s letter here (Mar. 19, 2015).

In May 2015, N-CAP sent a questionnaire (PDF) to all of the federal monitor applicants asking for their plans on ensuring that the residents of Newark are a part of the reform process of the Newark police department.

Read the materials submitted to N-CAP by the applicants.

Following a thorough vetting process, including interviews with a number of candidates, N-CAP in July 2015 endorsed three applicants (PDF) for the federal monitor position. 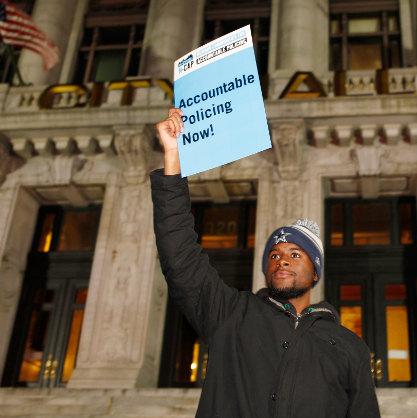