It’s A New Day in Newark. The Time for Reform is Now.

Changes are coming soon to the Newark Police Department.

In April 2015, Mayor Baraka signed an Executive Order (PDF) creating a Civilian Complaint Review Board in Newark. N-CAP is committed to making sure that the Executive Order is strengthened by a City Council Ordinance.

The consent decree soon to be entered in court between Newark and the Department of Justice will require many civil rights reforms to supervision, training, record-keeping, tactics, and accountability in the department.

N-CAP is focused on advancing three central reforms to create lasting change to the NPD:

Create True Accountability: Accountability within the NPD is a failure and communities are doubtful that the police can police themselves. The lack of accountability strains the relationship between the NPD and people it serves.

N-CAP is pushing for a strong and independent Civilian Complaint Review Board (PDF) that has the following features:

Newark communities deserve the best: if implemented, Newark will have the strongest independent police oversight body in the United States.

Build A Culture of Respect: N-CAP believes that in order to make any reforms last, the culture of policing in Newark must change. N-CAP supports working with the NPD and communities across the city to facilitate meaningful dialogue and to build respect and trust. Trust and respect can be built through listening directly to communities’ public safety needs, supporting measures to strengthen accountability, and enhancing community policing programs. Newark will become a safer city if we build bonds of trust and respect between law enforcement officers and the community members they protect and serve.

Establish Meaningful Dialogue : Across the city, residents, clergy, and community organizations have highlighted the need for greater dialogue with the NPD. N-CAP supports the creation of Community Advisory Boards in each precinct to facilitate police-community relations, develop community leadership, and provide feedback to the NPD from Newark communities. Community Advisory Boards will provide much-needed spaces for Newarkers to highlight public safety concerns, raise policing or civil rights problems, discuss policing and crime trends, and build partnerships on community policing priorities with the NPD. NPD commanders and policy staff should be required to attend Community Advisory Board meetings and provide responses to community concerns and requests. 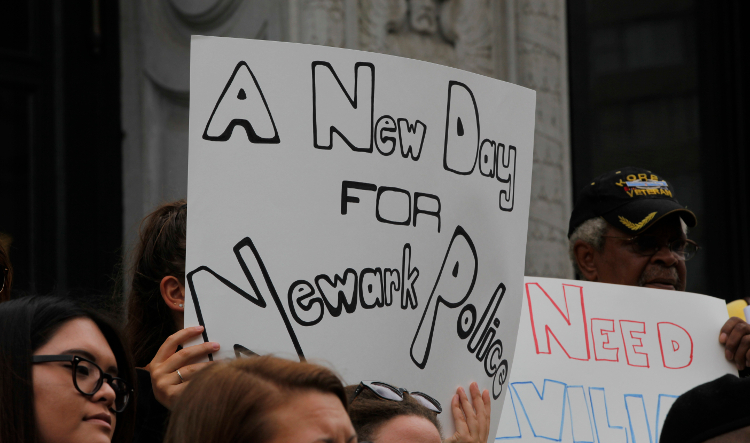